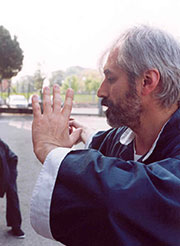 In 2001 takes the exam as a teacher ITCCA with master Chu King Hung and becomes a direct student. 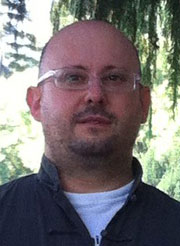 I started practicing Tai Chi in 1997 with the teacher Gepa Comana (ITCCA) to find relief from some physical pain and from now on I was conquered, making it become more and more constant in my life.
Since 2001, I started attending the Chu King Hung Master's stages in Italy and abroad.
After five years of practice with the teacher Francesco Musitelli (ITCCA), in 2006 I became ITCCA teacher after the exam with Master Chu Kung Hung.
Since then I have continued my training by participating in his stages and those of Master Carlo Lopez.
I currently teach in the city of Bergamo.