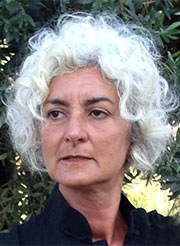 I started the practice of Tai Chi Chuan in 2003 under the guidance of Maestro Carlo Lopez, head of ITCCA Italia, of which I am still a student.

Since 2004 I regularly attend the annual Chu King Hung stage in Milan.

I obtained the Ado-Uisp diploma in 2008.

I became a direct student of Master Chu King Hung in 2012, so ITCCA teacher.

After a few years as an assistant to Maestro Carlo Lopez, in 2010 I started teaching in various centers in Sesto S. Giovanni and Milan.

Since 2014 I moved to the Marche, where I currently teach: http://www.itcca.it/marche/